After making my Ode to Joy quilt, I wanted to make a smaller version as a gift for our music minister.  He not only does great things with our church choir, he also prepared the combined choirs for the Beethoven concert which inspired the quilt.  (I also needed to make up for not returning my music in a timely manner -- I used it to create some of the Spoonflower fabrics in the quilt.) 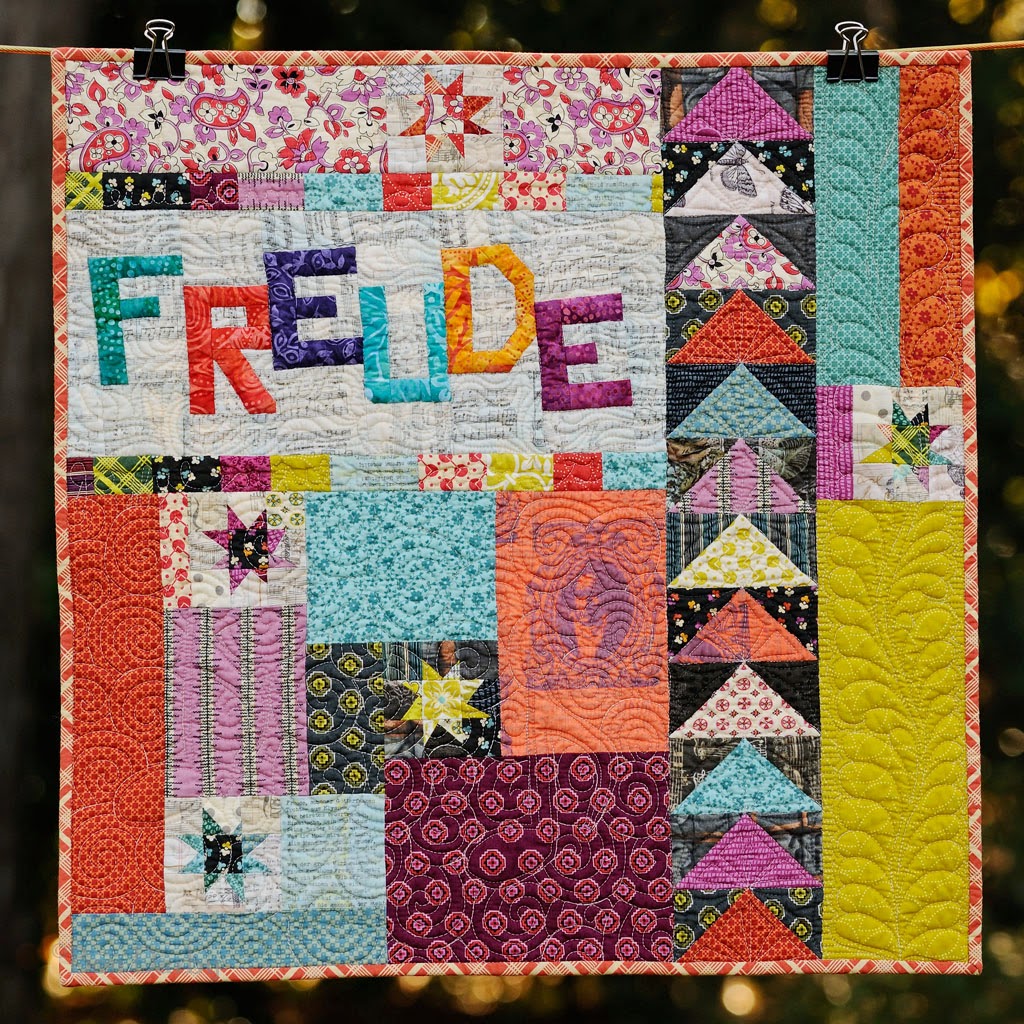 The flying geese and scrappy borders were left-over piecing from the original quilt.  I had intended to cut strips from the Chicopee fabrics for the FREUDE text, until I realized I had some batik strips already cut, left over from this project, that would work. 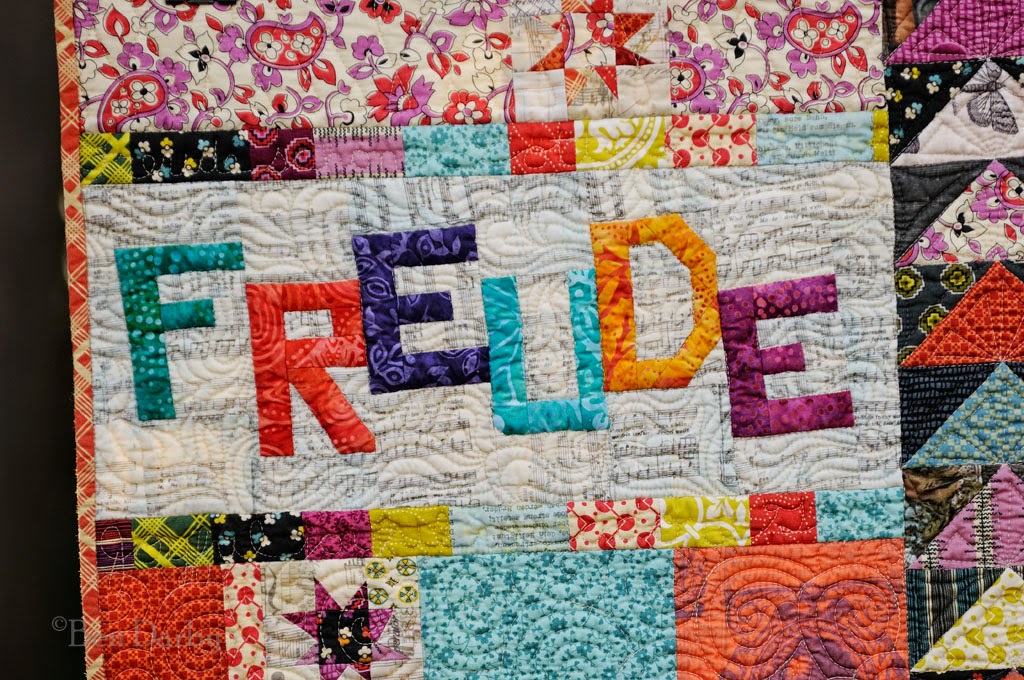 I added some miniature liberated stars; I was pleasantly surprised with how the variations in the fabrics make them sparkle.  I used improv piecing to fill in the background with some scraps. 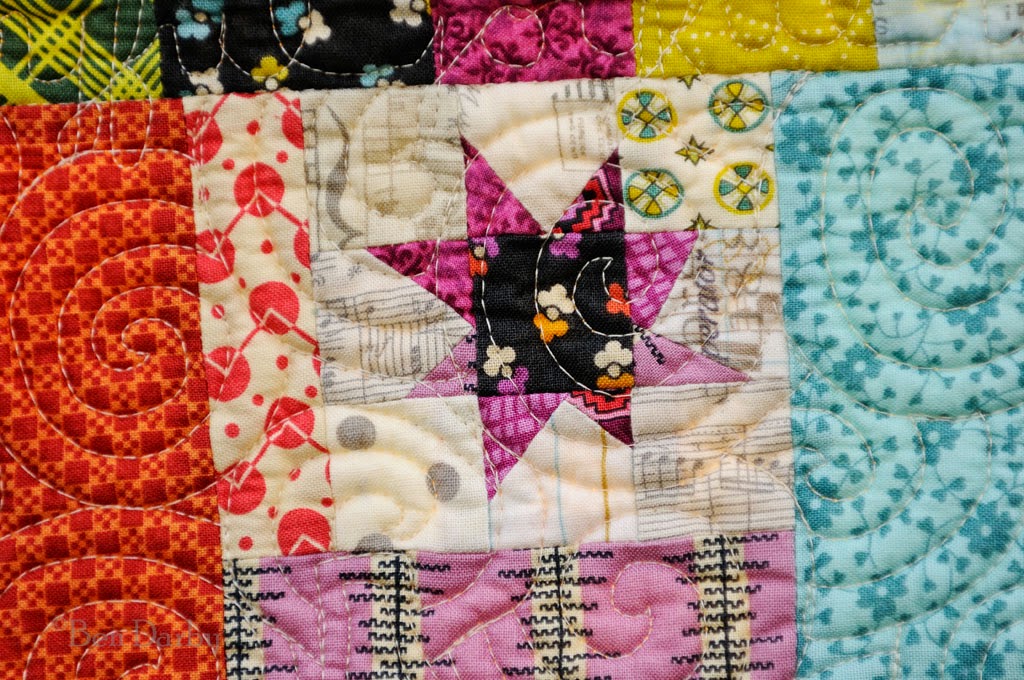 I quilted various patterns in each section of the quilt, with a couple of music notes thrown in.  I also quilted some text in the borders above and below "FREUDE." 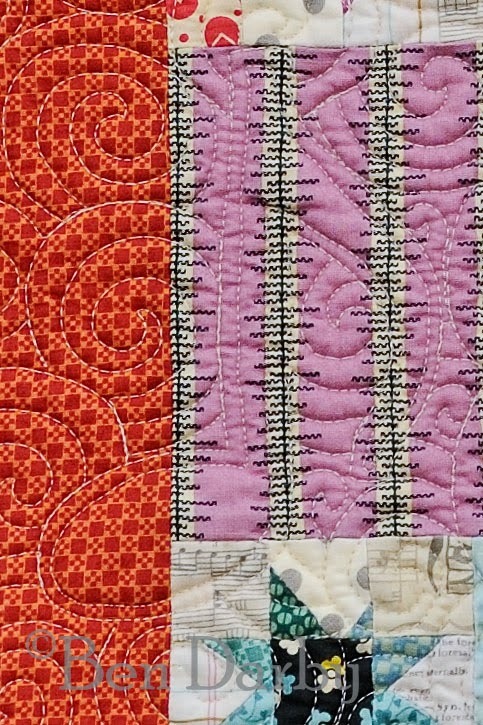 For the back, I used a couple of BasicGrey fabrics I had intended to use for border and binding on the original quilt, but didn't seem to suit it.  The corner pockets are used for hanging with a wooden dowel. 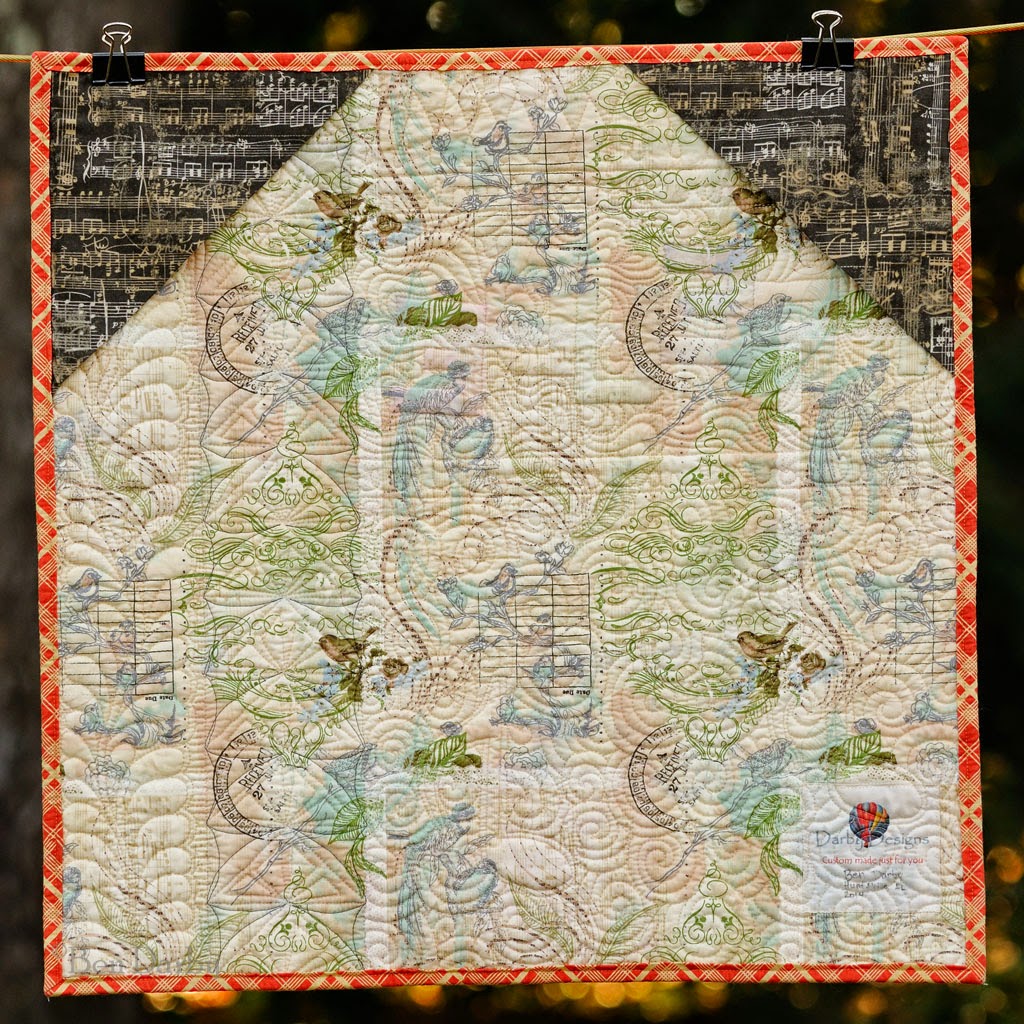 As I was preparing to assemble the quilt sandwich, I pressed the seams open using steam, and unfortunately my iron leaked a bit around the batiks, causing some bleeding to occur.  It was worst around the bottom edge of both "E"s.  Needless to say, I was not happy, but after some research I soaked and washed the quilt in Synthrapol following Vicki Welsh's instructions here.  Happily, I could find no trace of the bleeding afterwards.  (There is some pale blue in the design of the background fabric; don't mistake that for bleeding.) 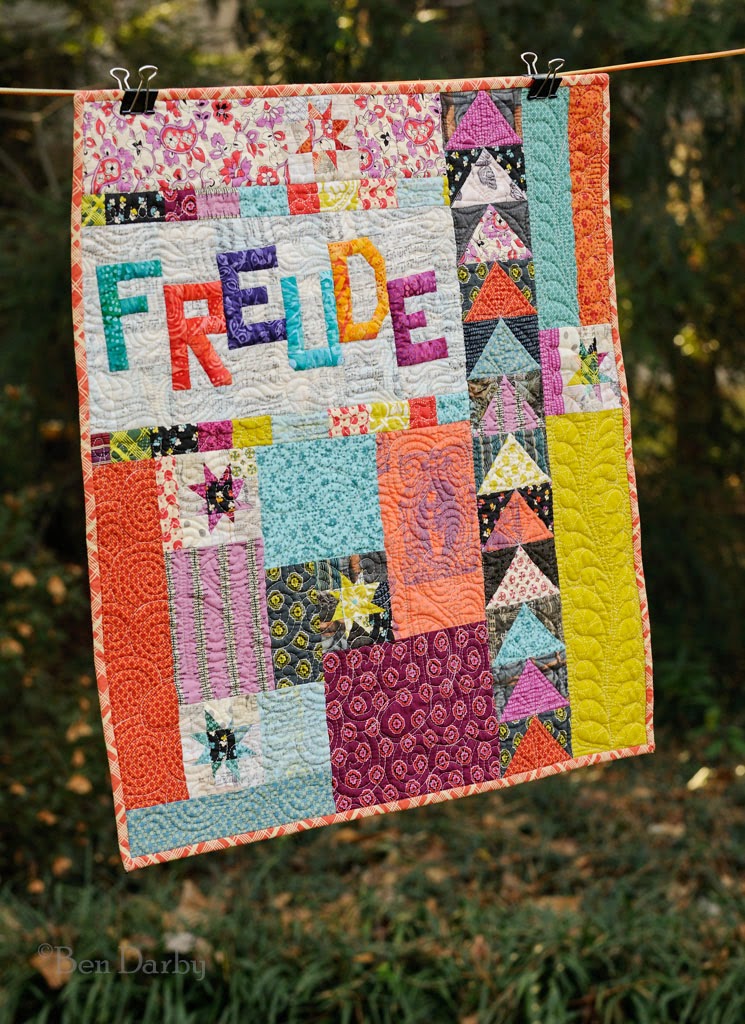 This mini has already gone off to its new home!

I'm linking up with crazy mom quilts for Finish It Up Friday.
Posted by Ben at 9:04 PM 6 comments: