I am happy to announce I have completed my largest quilt project to date.  I began this quilt over a year ago.  I've taken a few breaks to finish some smaller projects and also to deal with some family issues, but still quite a bit of work went into this quilt.  It is roughly 90 inches square. 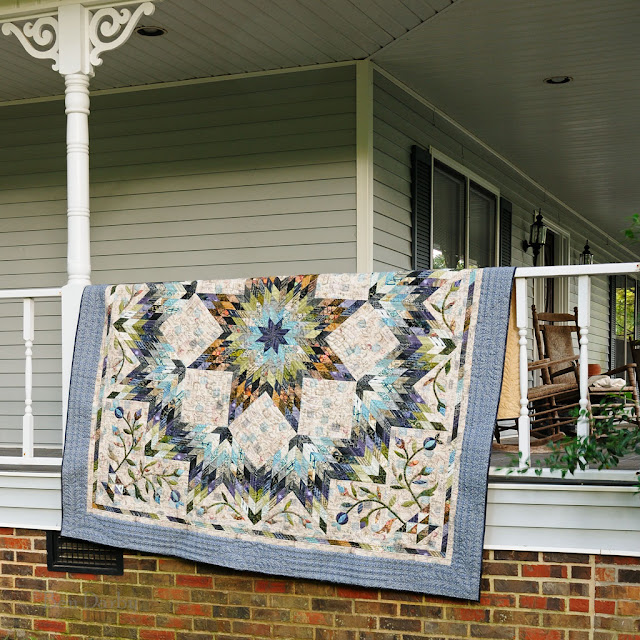 The design is based on a traditional Broken Star, with inspiration from multiple designs by Edyta Sitar.  For fabrics, I used a complete fat quarter bundle of Parson Gray's Empire line, plus most of a bundle of Tim Holtz's second Eclectic Elements release, and a number of additional choices.  I even threw in a few batiks, in another nod to Edyta.  I have named the quilt "Imperial Star," since it uses Empire fabrics. 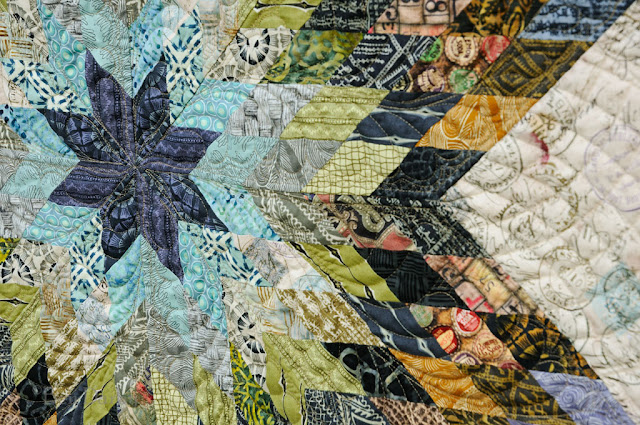 The Empire and Eclectic Elements lines have very different styles, yet the colors seem to work together quite well. 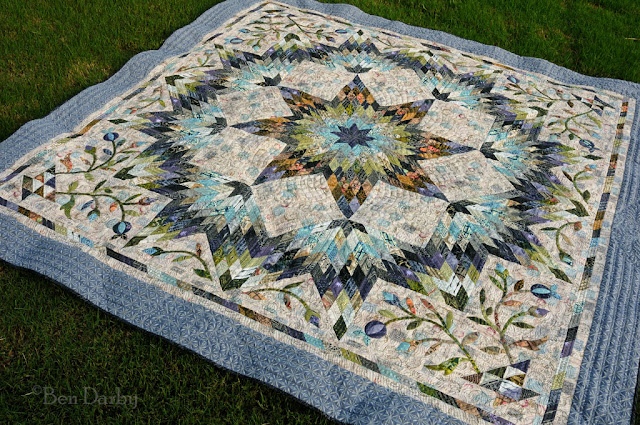 The diamonds were constructed using strip-piecing methods.  I cut 2" x 18" strips from fat quarters and made sets of five strips each.  From each of these strip sets I cut four 2" diamond strips (with 5 diamonds per strip), plus a 1.5" strip to use in the border.  Each larger diamond was then pieced by joining five of the 5-diamond strips. 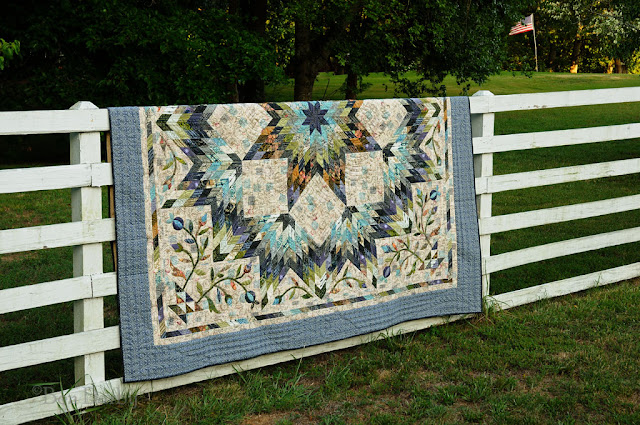 There are a lot of Y seams in this quilt.  I did not have any difficulty with them, but I didn't really appreciate how many there would be when I started.  The interior corners of the central star are the simplest, but where the points of the star meet with three outer diamonds, it is more complicated.  I made myself a small tool out of template plastic to mark the intersections of the quarter-inch seam lines for the various angles involved, which was a great help. 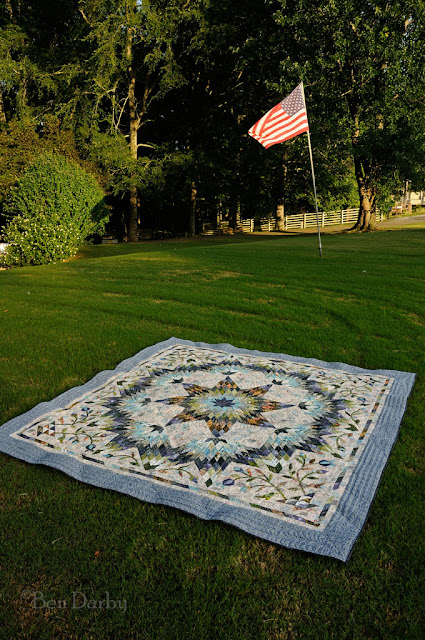 The applique is raw edge, stitched with a blanket stitch.  The shapes are all from Edyta Sitar patterns, but the arrangements are my own.  I used wool batting and quilted densely around the applique shapes to give a pseudo trapunto effect. 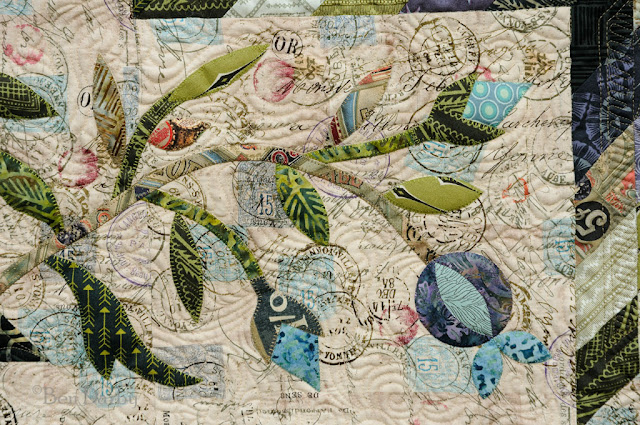 This is one of the smaller side setting triangles: 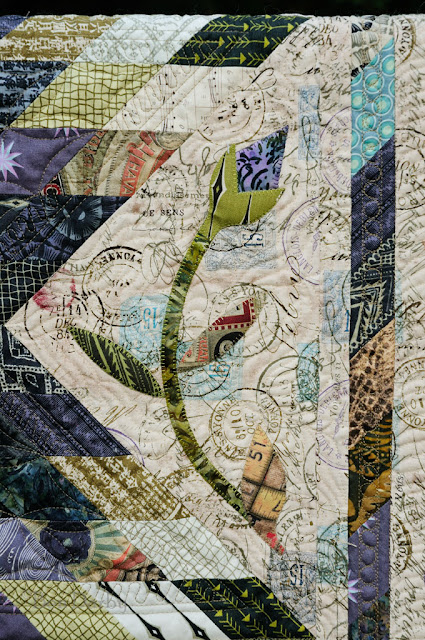 The quilting shows better from the back.  The backing fabric is Carolyn Friedlander's Widescreen Crosshatch in yarrow. 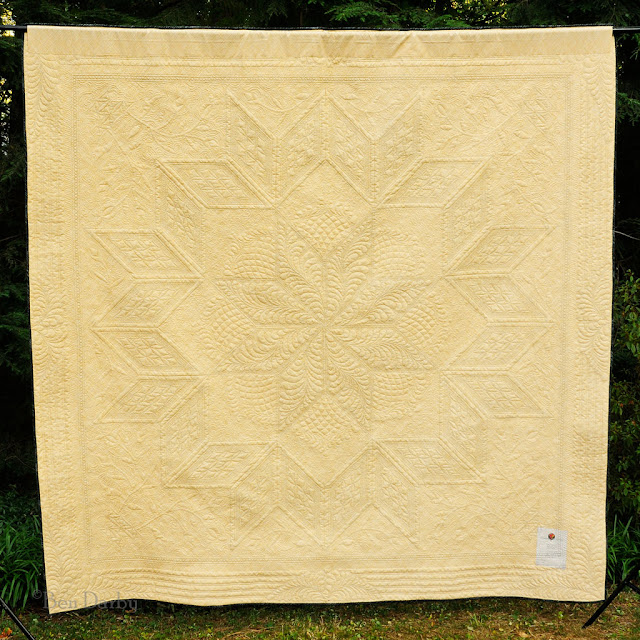 I quilted feathers in the diamonds of the central star, and a combination of straight lines and continuous curves in the outer diamonds.  In the background squares surrounding the star, I used Kathleen Riggins' "magic shape". 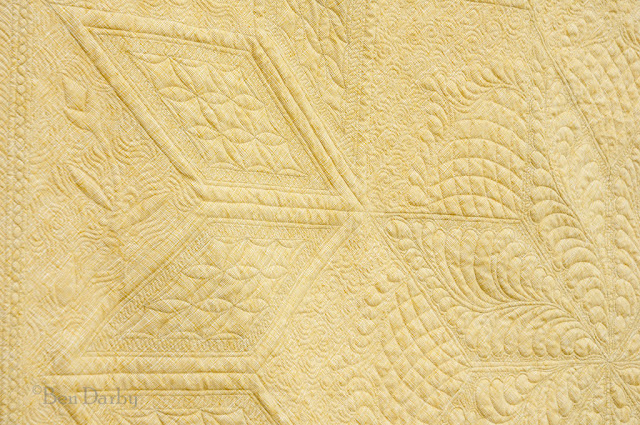 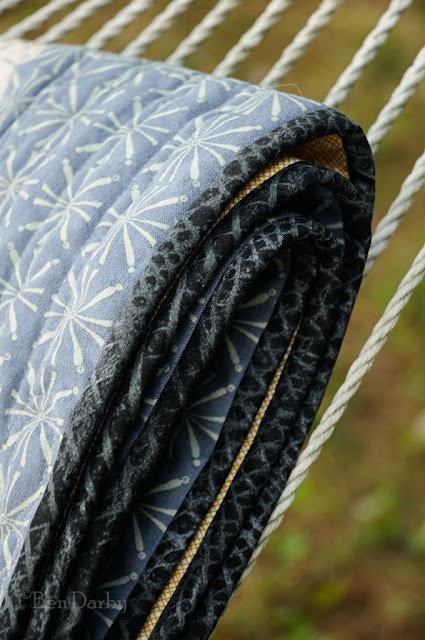 Here is the full quilt: 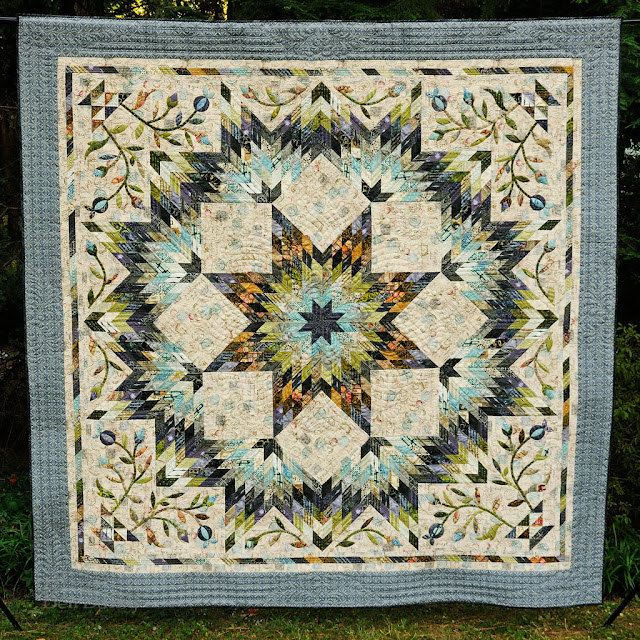 Previous posts about this quilt:

I'll be linking up with crazy mom quilts for Finish It Up Friday.
Posted by Ben at 8:20 PM 18 comments: