I made a bag for my daughter using the Super Tote pattern by Anna Graham (Noodlehead). 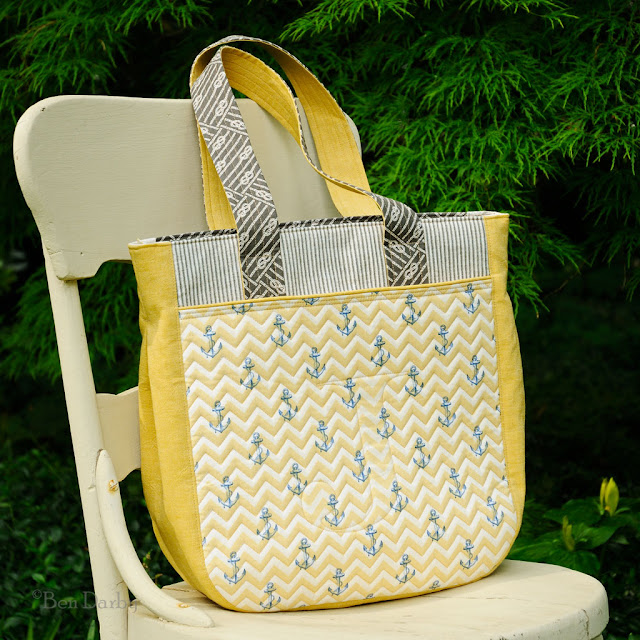 The fabrics are from the Drift Away collection by Sue Schlabach, plus Andover Chambray in mustard. 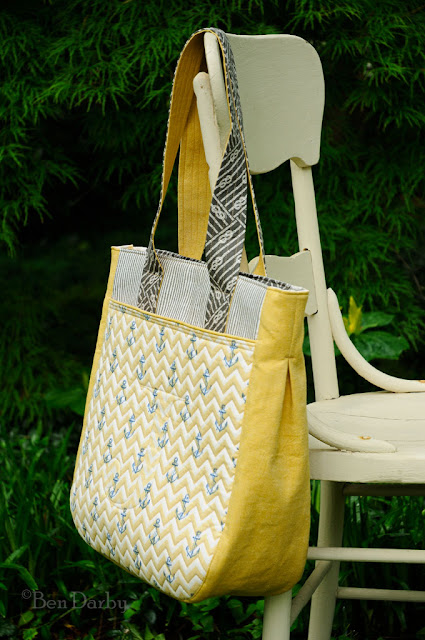 I used Soft and Stable for the medium weight interfacing.  I also used a layer of Soft and Stable in the front pocket piece so that I could quilt it.  I cut the pocket pieces larger than the pattern before quilting, then trimmed to size after quilting.  This was to allow for the slight shrinking caused by the quilting.  I did the same for the back exterior piece.

For the quilting, I outlined her initial on the front pocket, and filled in the background by following the chevrons in the fabric.  For the back, I just quilted along the chevrons.

I probably should have trimmed the Soft and Stable from the top seam allowance of the pocket, although that would have been difficult with the quilting stitches in place.  I had to do a second row of top-stitching to get it to lie somewhat flat, but it still looks a bit odd. 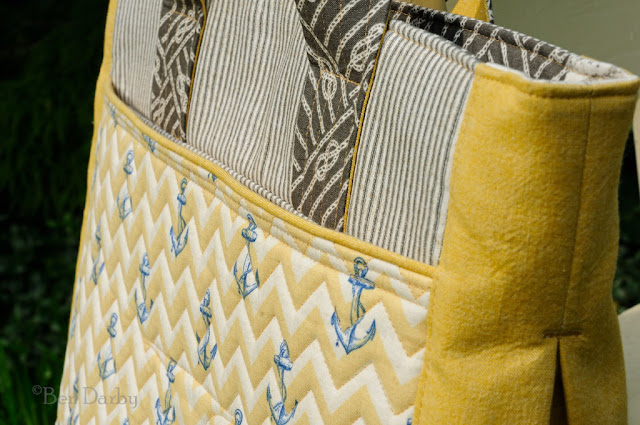 I had read where some folks struggled with the multiple layers of interfacing at the pleat in the gusset, so I trimmed the interfacing away in the areas where the stitching would go.  (Sorry, I forgot to get an in-progress photo.)

I added a layer of stiff interfacing to the handles, sliding it in place after turning right side out.

Inside, I put one fully lined elastic pocket: 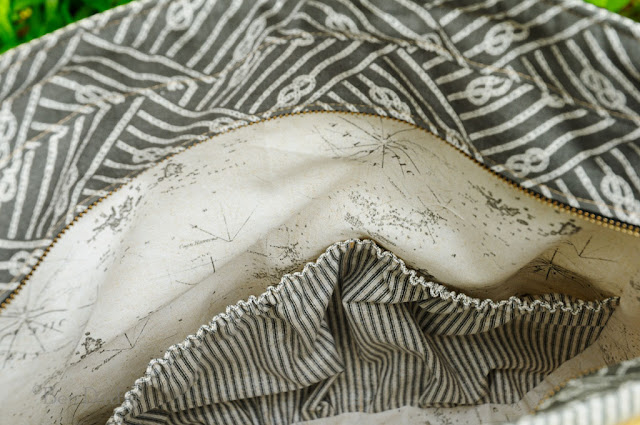 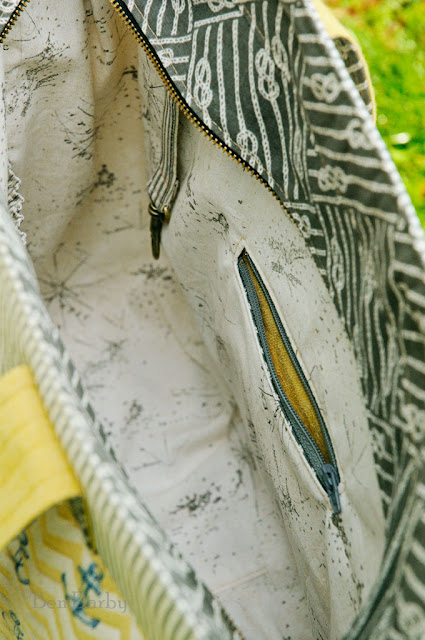 A little fussy cutting for the zipper tab: 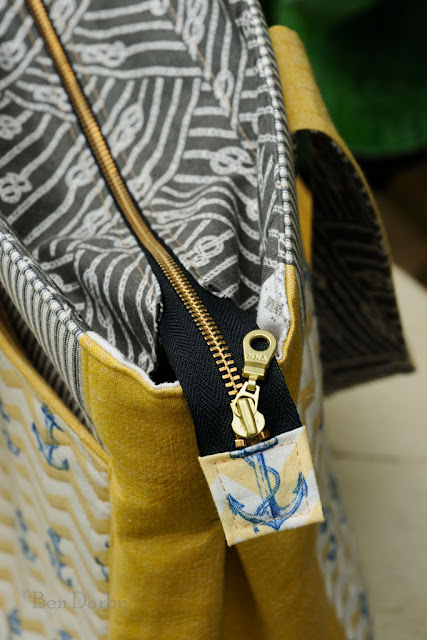 This was my first time making a bag with such heavy interfacing.  It was much easier to work with than I expected, and the pattern was great (augmented by the many tips I found online).  I'm sure using my Janome 8900 helped too; not sure if the old machine could have tackled this. Overall, I'm pretty pleased with how it came out.  Now I need to make one for my wife. 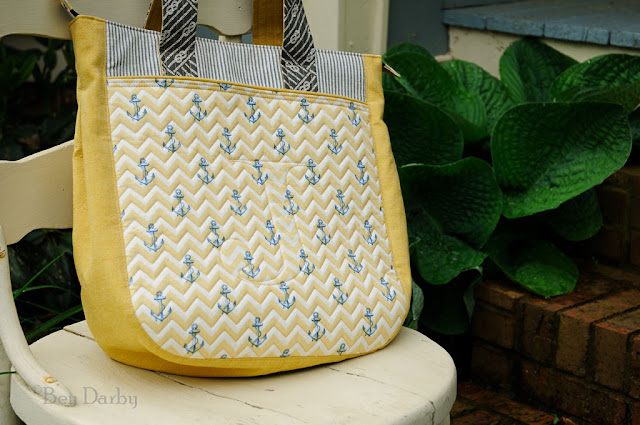 I'm linking up with crazy mom quilts for Finish It Up Friday.
Posted by Ben at 9:08 PM